This September, Jorrit van der Ven and I attended Heapcon in Belgrade. At this two-day conference, we shared our experiences with developing in Kotlin at the Port of Rotterdam in our talk: 'Kotlin is for hipsters'.

Having both never visited the city of Belgrade before, we did not know exactly what to expect of it. What we found were a lot of very friendly people, eager to help you. They proudly shared many helpful tips to make sure you fully enjoy your visit in their city!

The conference itself was very well organised. The organisers and volunteers ensured that everything went smoothly, so that we as speakers only needed to focus on our own presentation. The used artwork gave the venue a very cool and hip vibe. 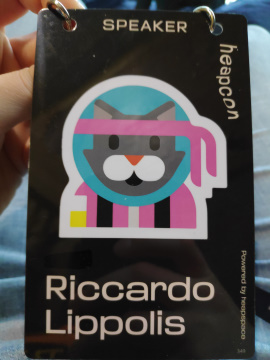 There were many high-quality talks, especially in the keynote slots. This set the bar high for our own talk!

We were amazed by the beautiful NASA artwork that Lois Kim demonstrated in her talk. Not your usual tech talk, but showing how different disciplines can come together and build creative solutions, in this case at NASA.

At the end of the second day, Sumit Gulwani really engaged the entire audience when speaking about what we should be teaching children from a young age. Instead of just teaching them to code, he suggested focusing more on empathy. The rest of his talk posed a very interesting concept, called Programming By Example. In essence, he uses machine learning techniques to automatically solve common programming problems. As many people in the audience did not know, his techniques have already been applied in some applications, like Excel and Visual Studio.

In general, the other sessions mainly focused on the typical buzzwords of today, like you would expect of a tech conference. There were many sessions related to building microservices, cloud native and serverless, machine learning (AI), testing and security. Next to the typical subjects, there were a number of other interesting, less common subjects, e.g. how to build a P2P internet or using the Web Audio API to build a guitar amplifier.

Even though we have given this talk already twice, at the RotterdamJUG and at Geecon Krakow, you never know how it is going to land with the audience. During the talks before ours, we noticed that the audience in general was not very keen on asking questions. Because we like to engage with the audience and help them with their specific Kotlin questions, we were afraid that our presentation would end prematurely as well if the audience was unwilling to participate. Luckily, there were enough questions after our talk! The audience was very engaged, which led to a good discussion afterwards. After the talk it was nice to be recognized by many as 'those hipsters'! 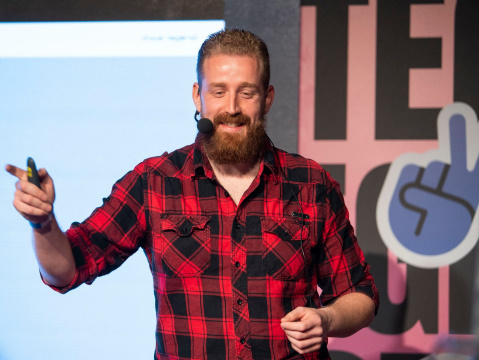 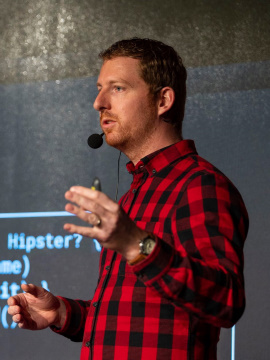 Heapcon came to a spectacular conclusion with a great afterparty (and delicious rakia). We concluded our trip with a beautiful sunny day of sightseeing in Belgrade. In short: we had an amazing time, and look forward to submitting a new CFP for next year!