How do you know when having a tech lead may be taking your organisation in the wrong direction? Let’s take a look at some of the archetypical tech leads, their pitfalls and ways to go about and deal with them.

During my career I’ve filled roles like lead developer, software architect and tech lead. It generally meant that I carried responsibility for something like 'technical quality' of the delivered products and for somehow safeguarding that the capability of the team to deliver that quality was sufficient.

At its best, this role entails coaching and setting out guidelines to help developers be more effective or efficient, and leading by example as a developer. At its worst though, there have been moments where it worked out so poorly that I considered the role of tech lead to be detrimental - an antipattern for the software development process it was meant to improve! Commonly the tech lead role is in relation to a single team, but as work scaled and teams split into focus areas, I’ve played the part for 2 or 3 teams.

Here are some archetypes you might encounter that you may want to deal with to avoid their pitfalls.

At the end of the article, I’ve added a list of references I use throughout the article. Recommended reading! 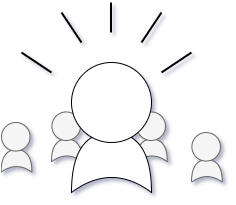 In any team there may be people who will avoid taking on responsibility or even shirk off the one they have, when they notice there’s someone who is inclined to step forward. It may not be problematic as long as things get done and people are happy with their share of the work. When a company explicitly makes one person a 'first among equals', you risk making the rest of the team complacent as they feel they have no skin in the game, having the tech lead as a shiny Beacon to defer to. The resulting lack of involvement is not a good way to put the brilliant minds of your team to good use. 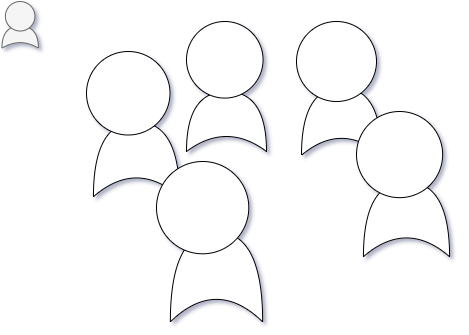 Tech leads tend to gather with stakeholders outside the team to fetch and bring information. I’ve sat and aligned with HR, enterprise architects, other tech leads, program managers, etc frequently. The Stranger is a tech lead who is away so often, that they risk becoming detached from the team. Given that the tech lead is in many ways treated as a representant of their team, this may be cause for misunderstandings and misalignment.

A very vocal colleague of mine once said: "When there’s an expert in your team, it’s often just someone who cannot communicate".

Something to be wary of.

This applies to the tech lead as much as any T-shaped team member when they’re left to pick up something by themselves that is in their field of expertise. We consider pair programming part of the software craftsmanship toolbox (which borrows a great deal from the XP toolbox) as it ensures nobody carries the sole responsibility or expertise to do things that the team should be able to do (among many other things).

Yet for the non-coding activities of the Irreplaceable tech lead, this idea is often dropped as they enter into the realm of ad hoc management and alignment. And as they roam in that realm outside the view of their team, decisions and alignment tend to be put on hold when the Irreplaceable is temporarily unavailable - or worse: they’re made by others, without involving the team at all.

The Hollow is a tech lead who is involved in so many matters surrounding the team that they become detached from technology. Developers who can become tech leads generally have a wide field in which they are senior, including but not limited to technology.

Sometimes it may be a case of (developer) Imposter Syndrome when the Hollow fears they’ve lost touch with the technical subject matter, but it is an actual risk. If the team is learning how to use Kafka, or Angular, or Micronaut, or CQRS, or Kotlin, or New Relic, there is a learning curve that requires focus. Such periods are a test of concentration for any tech lead who is called away more than others, and of their ability to switch from bird’s eye view to low level detail and back, which is one of the key qualities a tech lead should have. 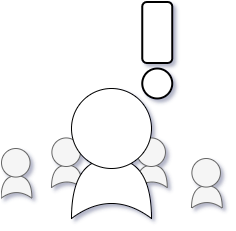 Comparable to the Beacon, a tech lead that hoards all responsibility and insists on being the decisionmaker may turn into the Shotcaller archetype when developers actually are not complacent. Instead, they long to have a say in matters and find the tech lead to be an obstacle. 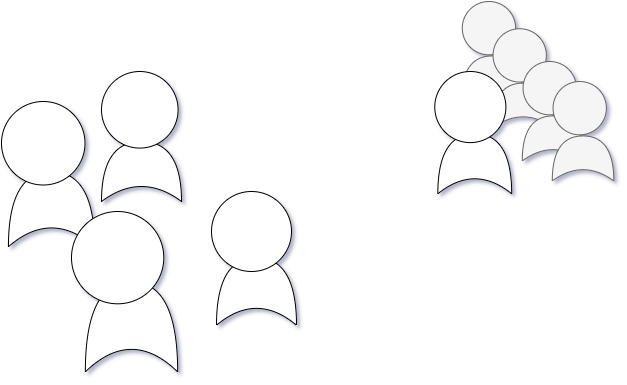 When a tech lead is responsible for technical quality of deliverables and capability of team members, the question presents itself whether the organization really enables a tech lead to do their job. In the case of the Stooge, the power needed is placed outside the team instead of in the hands of the tech lead.